Multimedia and Information technology are reaching limits in terms of what can be done in multimedia applications with only sight and sound. The next critical step is to bring the sense of “touch” over network connections, which is commonly known as Tele-haptics. Haptics, a term which was derived from the Greek verb “haptesthai” meaning “to touch”, introduces the sense of touch and force into the human-computer interaction. Virtual Environments (VE) are usually referred to as computer generated 3D worlds wherein users can interact through various human-computer interfaces and experience the so called “virtual world”. Collaborative Virtual Environments (CVE) are VEs that, in addition to the virtual experience, provide the ability for users to collaborate, such as co-manipulation of shared objects and tele-mentoring. A special case of a CVE is the Collaborative Haptic Audio-Visual Environments (C-HAVE) where, in addition to traditional multimedia such as image, audio, and video, this new haptic media plays an important role. C-HAVEs allow multiple users, each with his/her haptic device, to collaboratively manipulate shared objects in a virtual environment. The potential of such technology is quite significant for many applications such as tele-presence, tele-learning, tele-medicine, tele-operation in hazardous environments, industrial design and testing, gaming, and interactive virtual reality.

Authors should submit original contributions that have not been published at or submitted to other conferences or journals, in electronic format (PDF). Extended versions of workshop/conference papers need 30% new material and a description how they extended their submission.The papers must be written in English and must not exceed 30 pages (single column, double space, 12 pt font, including figures, tables, and references). Submissions should be made through the Editorial Manager site at: http://MMSJ.edmgr.com/

Thank you for your support 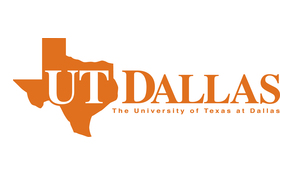